For his project Lo-Fi versus Hi-Fi Thomas Burkhalter has produced several podcasts on the acoustic worlds of the Orient. During his research he has conducted interviews with musicians and scholars and collected field-recordings, audio-cassettes, vinyl, CDs and MP3 files in Lebanon and Syria. His podcasts are also covered on the Online journal norient.

The Value of Listening

In this podcast, Charles Hirschkind, author of the book The Ethical Soundscape: Cassette Sermons and Islamic Counterpublics, talks about cassette sermons, YouTube clips, and sounds in Egypt. With a Quran recitation by Abdul Basit Abd us-Samad, a nasheed by Imad Rami, and field recordings by Seth Ayyaz.

Islam and Music in Cairo

The Islam is omnipresent within Cairo´s acoustic everyday life. Taxi drivers calm themselves down through listening to Quran recitations. Pop stars perform Islamic pop hymns on satellite TV. Reportage on sound as a medium of religion.

Christian Music in Cairo and Beirut

Oriental music of Christian background has been cultivated in Lebanon and Egypt for many years. Aramaic and Coptic hymns, Christian Pop music and spiritual songs by the grand dame Fairuz are musical expressions of the Oriental-Christian cultural heritage and political manifests at the same time. On Christian feast days, religious songs by Fairuz, Wadi al Safi and other Christian stars issue from every house. On satellite TV, the Lebanese Nizar Fares and Coptic singers from Egypt perform their Christian Pop songs. And at the Lebanese Universities of Kaslik and Antonine research is conducted in order to collect and teach old and new Christian songs 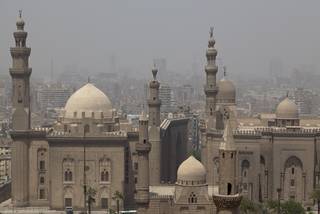