Frida Hartz studied at the art academy and began working as a photo journalist in 1983. In 1984 she was a co-founder of the independent daily newspaper, La Jornada, where she was head of the photo department for years. Recurring themes of her work include human and women’s rights, social life in rural and urban areas, indigenous peoples and communities. Her photographs have been published in more than a dozen books and her works have received various awards. Her photo essay, La Pólvora Maya from 1994, was on view as a solo exhibition in twenty countries. In total, Frida Hartz has participated in more than a hundred solo and group shows throughout the world. 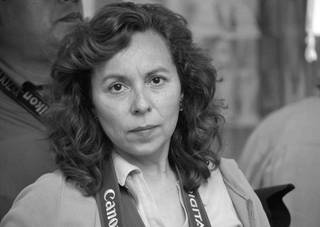