Sevgi Ortaç (Istanbul, 1984) is a visual artist based in Istanbul. Her curiosity focuses on the relationship between the production of space, perception of cultural heritage, urban dwelling and monumentality. Since 2006 one of her main topics has been the historical city walls of Istanbul though which she has been looking at the everyday use of the walled zone in relation to informal economies, local legends, personal histories and urban transformation of the district. She made Singlewallcity in 2006, a short film on the spatiality of the walled zone, and in 2010 she made a book of the larger research project, The Monument Upside Down. During 2007-2008 she has directed the 'cities' series for Mezzo (France) in collaboration with Julien de Casabianca. She has been collaborating with Aslı Kıyak for the project Made in Şişhane on crafts heritage and neighbourhood networks in İstanbul. She has conducted multimedia storytelling workshops in collective projects and teaches at Galata Fotoğrafhanesi Fotoğraf Akademisi(Istanbul). She has studied Film and TV in Istanbul Bilgi University(BA) and fine arts at the Dutch Art Institute (MFA), ArtEZ, in the Netherlands. 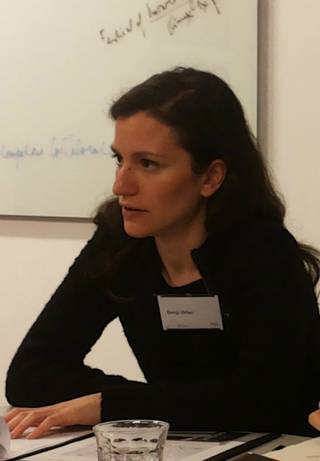