Verónica Mastrosimone (Buenos Aires) has been working as a freelance photographer and documentary filmmaker since 1995. Her series Hudson deals with a country school in the province of Buenos Aires, further film and photo works such as Mujeres Piqueteras and Campesinos examine social movements. The exhibition La Familia is an autobiographical work on a worker’s family in an outer district of the capital, the series Resistencia compiles photographs from Mexico, Brazil, Argentina, and Bolivia. Her works have been exhibited in solo and group shows in Argentina and internationally. In 2005, she founded the project Raíces, which led to the volume Un pueblo toba. Lo que narran sus ojos (2006). She additionally works as a photo journalist for Argentine and foreign media and accompanies cultural-political projects as a documentary photographer. 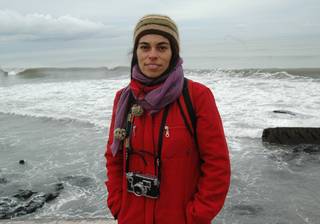