Joseph Rustom is a Lebanese architect with ten years of experience in the field of cultural heritage conservation. Since 2008, he is preparing a doctoral thesis in urban planning at the Brandenburg Technical University on the impact of religious endowments on urban projects in Late Ottoman and French Mandate Beirut.
Between 2000 and 2008 he was project manager successively at Youssef Haidar Architects and Dagher, Hanna and Partners Architects where he participated in several conservation and rehabilitation projects among them the Omari Mosque, the American University Archaeological Museum in Beirut and the Soap Museum in Saida. He regularly conducts consultancy studies on monuments in Lebanon in preparation for their conservation and presentation to the public, for instance the medieval church of Saints Sergios and Bakhos in Kaftoun and the Roman temple of Hebbarieh. As a researcher, he led an extensive architectural study of the monastery of Mar Challita in Kesrouan, one of the rare remaining double monasteries in Lebanon – a project situated in the framework of the project Atlas of Religious Spaces of Lebanon of the Université Saint Joseph in Beirut. Since 2005, he is lecturer in cultural heritage studies at the Faculty of Architecture of the Académie Libanaise des Beaux Arts.

Global Brother vs. Local Other
Conceiving Places of Worship in Postwar Beirut 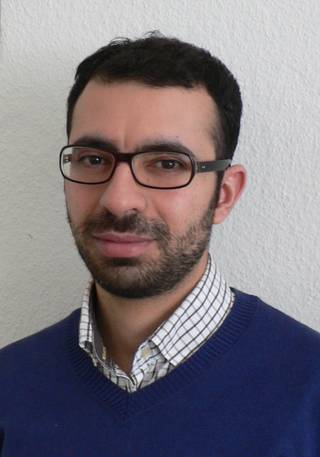