Lena Michaels studied Social Anthropology and South Asian Studies at the School of Oriental and African Studies (SOAS) in London and at the University of Oxford. Her studies focused on politics and media in South Asia and on discourses of urban renewal. While working as political observer and analyst in Nepal over the last two years, she began a creative project to document processes, perceptions, and representations of rapid urbanization in Kathmandu.

For the Global Prayers project, Lena Michaels conducted research on the connections between new spiritual and religious movements and urban change in New Delhi. The work examines how a fast growing spiritual movement caters to urban lifestyles and aspirations in a way that is appealing particularly to the younger middle class population. The organization promotes a young, modern and global image through social media and mass youth events. Many of the movement’s social service activities and mass events in Delhi focus on urban renewal for a ‘cleaner’ global city. Yet, these activities have had little impact beyond beautification and increased segregation, revealing a middle class bias that has been called ‘bourgeois environmentalism’. Radical lifestyle changes are not demanded of followers. However, the organization addresses challenges of living in a megacity, of hectic work schedules and pressures to succeed in a rising economy by offering self-help courses, meditation, and community. Further, a connection to a particular ‘Indian’ tradition and identity is fostered. This is emphasized through a focus on yoga and meditation, which, ironically perhaps, has seen increased acceptance and popularity among Delhi’s middle classes since the global growth of the yoga and wellbeing industry. The research reveals the complex relations between the global and the local in new spiritual movements and changing religious practices in New Delhi. 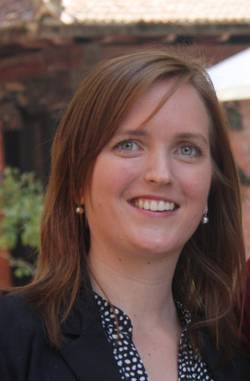