Marloes Janson is Reader in the Anthropology of West Africa at SOAS, University of London, and was previously a researcher at the Zentrum Moderner Orient (ZMO) in Berlin.  In 2009 she was a visiting professor at Brandeis University in Waltham, Massachusetts. Marloes’ research is at the intersection of anthropology and religion. West Africa (the Gambia, Senegal and Nigeria) are her ethnographic areas of specialization. She has conducted extensive ethnographic research in the Gambia since 1996 on various research projects relating to popular culture, oral history, Islamic reform, gender and youth. In 2010 she switched her research field to Lagos, Nigeria, where she is exploring the emergence of Chrislam, a religious movement that fuses Christian and Muslim beliefs and practices. Marloes is the books reviews editor of the Journal of Religion in Africa. Her publications include The Best Hand is the Hand that Always Gives. Griottes and their Profession in Eastern Gambia (CNWS publications, 2002), and Islam, Youth, and Modernity in the Gambia: The Tablighi Jama‘at (Cambridge University Press/International African Institute, 2013). She received a PhD in cultural anthropology from Leiden University, the Netherlands, in 2002. 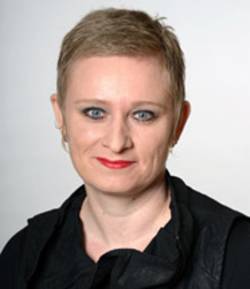