Adé Bantu is a Nigerian-German musician, producer and activist. As a musician he is one of the most successful German Afrobeat artists. He is founder of the Afro-German musical collective and NGO Brothers Keeper and front man of Bantu & Afrobeat Academy Band. He received the Kora Award (the Pan-African equivalent of the Grammy) for his album Fuji Satisfaction in 2005. Brothers Keeper as a musical collective was founded in 2000 after a wave of racist motivated violent attacks on foreigners, which climaxed in the killing of Adriano Alberto. Their song Adriano (die letzte Warnung) (Adriano the final warning) was released in 2001. It became an anti racism anthem making it to the Top 5 of the German pop charts.

Adé Bantu and his Afrobeat Academy Band have partaken in intercultural exchange programs with the Goethe-Institute and the German ministry of foreign affairs and gave concerts and workshops in Ghana, Uganda, Tanzania and Nigeria. He was awarded the Nordrhein Westphalia Cultural Prize in 1997 for the hip-hop musical Coloured Children, a piece he wrote and co-directed with Anita Berger. 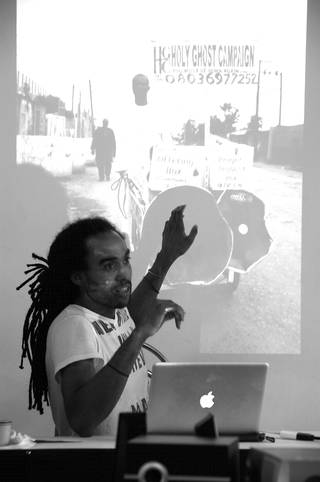