Missing the Place is a visual essay on the meaning of conquest. The video, split into nine, interweave urban imagery from remote districts of Istanbul. Modest initiations by people such as murals of pastoral nostalgia leads the artificial landscapes of mass housing projects; new architectures of segregation faces the ancient city walls where the conquest of the city is reenacted annually. The time and space needed to build or imagine a habitable space is shrinking under the pressure of aggressive urban transformation in the city. The reconquest of the city understood as a conservative political discourse does not have a timeline, a plan that predicts a process anymore. It is not the reinvention of Ottoman heritage, or a will to illuminate a conservative life style but a conquest of time and space of possible attachments, of belonging or memory. 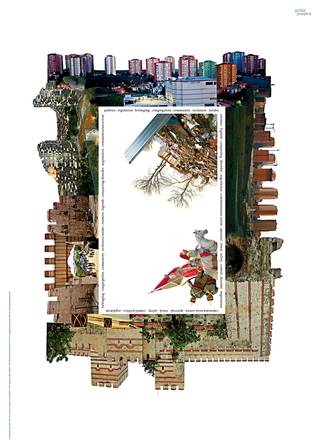