Istanbul is a religious monoculture, but still a very young one. The figures speak for themselves: until 1890 Muslims, who today account for ninety percent of the population, were still in the minority. They shared the city with Greek Orthodox Christians, Syrian Orthodox Aramaeans, Sephardic Jews, and Armenian Christians. In view of the enormous size of the city, which today boasts some 14 million residents, this constitutes a process of transformation of astonishing proportions.

The deportations of Armenians first began in 1916; they migrated to Istanbul from the seventeenth century onwards and, numbering some 220,000 people in around 1850, they made up one-third of the population. Even if the repression in Istanbul did not assume the dimensions of the genocide which the Turks were perpetrating against the Armenians living in Anatolia at the same time, the number of Armenians in the city had already dwindled to 78,000. The expulsion of the Orthodox Greeks was even more thorough. After the state-sponsored

pogroms in 1955, only 2,500 survivors remained in the city out of an original 110,000. Despite this, the overall number of inhabitants grew steadily again during the 1950s. Due to the rural exodus from Anatolia, more and more Turks flooded into the city, and since the 1990s, migrants from Eastern Europe have been settling there in ever greater numbers. From Constantinople to Byzantium and Istanbul: from an historical perspective, the religious homogenization of the city, which has proceeded apace over recent centuries, has been quite dramatic. Since ancient times Istanbul has been fought over by Greeks, Persians, Romans, European Crusaders, and Ottomans. Throughout the course of this historical development, the cumulative impact of these waves of migration until the onset of the twentieth century has contributed to the coexistence of the various denominations in Istanbul. Even today Bartholomew I, the ecumenical patriarch and thus the worldwide head of some 300 million Orthodox Christians, has his headquarters here. Alone the Hagia Sophia, now a museum which once served as the seat of Byzantium for the crowning of the Byzantine emperor, and which was the largest church throughout Christendom for over 1,000 years before its conversion into a mosque following the fall of Constantinople, vividly traces this turbulent historical development.

However, initially, the expulsion of citizens of other faiths from the city and the concomitant rise in the proportion of Muslims among the population did not precipitate an Islamization of Istanbul. Instead, the city underwent a process of essentially secular modernization. Islam only took root where the new, socially deprived areas were emerging. Since the 1940s, the gecekondular (the improvised and unplanned settlements built by residents almost overnight) had been springing up on the periphery of the city. Partly tolerated and partly demolished by the municipal authorities, many of the gecekondular, however, were eventually connected to the urban infrastructure and, consequently, gradually evolved into legitimate residential quarters.

In contrast to the emergent and prosperous areas of European Istanbul, such as the tourist hotspot of Eminönü or the shopping and administrative center Beyoğlu, the poorer settlements were characterized by a traditional lifestyle and a stricter religiosity which the newcomers from rural Anatolia brought with them. This has changed in recent years. Originating some fifteen years ago, the city district of Başakşehir, a gated community, houses an increasingly religious middle class, for example. It would appear that on both a political and an economic level those who were once contemptuously mocked by the secular urbanites as “backward” are the present-day modernizers. Prime Minister Erdoğan and the Justice and Development Party (AKP) of which he is chair, have promoted the country’s increasing Islamization and, at the same time, pursued a neoliberal economic policy.

Today, Atatürk’s vision of a secular modernization of the country seems to have lost impetus. Instead, economics and religion have become ever more closely enmeshed. The movement led by the Islamic preacher Fethullah Gülen is, for example, accused of undermining Turkey’s laicism and of aspiring to create an Islamic state. A former Imam, Gülen is not only a spiritual leader, but also a successful businessman. He owns the private Fatih University in Istanbul, several television and radio stations, a news agency, and newspapers, including Zaman, Turkey’s highest circulation daily. It is estimated that soon his media empire will become the most influential in the country. Gülen’s promise to reconcile nationalism, free-market economics, and strict religiosity could enable Islam in Istanbul to attain previously unknown power and influence. In 2006 Fethullah Gülen wrote that a worse crime than murder is “unbelief.” 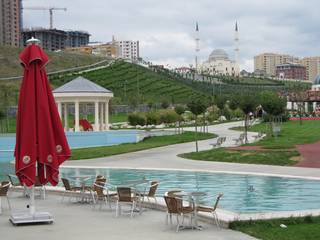 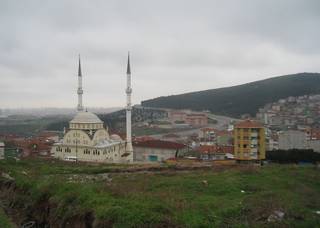