The central element of the art- and research-based knowledge production project global prayers are a number of urban case studies that look at the interplay between new religious communities and the transformation of urban space and everyday life. In Mumbai, Istanbul, Beirut, Lagos, Rio de Janeiro, Jakarta and Berlin, academics are conducting – in some cases in collaboration with artists - comprehensive empirical analyses on the global prayers project’s central questions. This work is being conducted mainly within doctoral and postdoctoral grants or contracts for work and services funded by the Forum Transregionale Studien. These comprehensive case studies and thick descriptions are complemented by a number of smaller studies conducted in Rio de Janeiro, Beirut, Istanbul and Lagos that are funded by the Heinrich-Böll-Stiftung.

A number of further cities - among them Kinshasa, nodes in the trans-regional network of religious movements - are the focus of smaller studies conducted with scientific collaborators from international universities. In addition, a number of art/documentary inquiries taking place in other cities - among them Tehran, Mexico City, and Buenos Aires - will take a documentary approach to the assessment of certain historical events (the Iranian revolution) and movements (Catholic liberation theology).

The selection of cities chosen as subjects for comprehensive research projects followed the rationale that they can all be considered, for the purposes of examining the interplay between new global religious communities and the urban, 'religious global cities'. Lagos (which is considered the world capital of Pentecostalism and neo-Pentecostalism) and Rio de Janeiro, for example, are places of origin and centers of particularly successful urban religious communities. Both cities have seen a lasting boom of Pentecostal communities that dates back at least thirty years. Thousands of churches make their mark on urban life and create transnational connections. Some of them have become global players with huge economic, political and symbolic clout, while the influence of many others does not extend beyond their local neighborhood.

Mumbai and Beirut, in their turn, are hot spots of transnationally reverberating conflicts in which religious communities or politico-religious organizations play a central role. In both cities, religiously connoted conflicts have inscribed themselves deeply into the socio-spatial structure. Another question to be asked with regard to both cities concerns the role of the religious itself within politico-religious activities and forms of organization.

In Jakarta, too, where Islamic symbols and objects were suppressed in public for a long time, strong transformative shifts are changing the urban in the name of the religious. The processes of appropriation and the use of public space reveal friction and dissonance between secular projects, local government and religious communities.

Istanbul, in its turn, is a central hub of the localization of religious communities and the transformation of the urban that occur as a result of processes of trans-regional network building. Istanbul has been governed by formerly Islamist parties for a decade and a half now. The metropolis on the Bosporus makes a particularly good case study for the interplay between the urban and a religious movement that has moved from the fringes to the center of society.
Berlin, the global prayers project’s home base, does not have the same global importance as the other project cities. But here, too, immigration has led to the dynamics of new religious communities becoming more visible, and their reception within the city’s public discourse varies widely. While the growth of Pentecostal communities has gone almost unnoticed to date, the increasing visibility of Muslim communities and their modes of using urban space are frequently the target of political and media sensationalism. 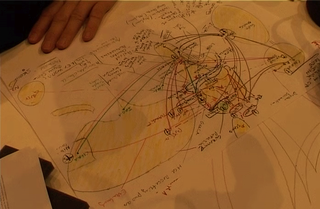