Cities, as nodes of global communication, all have their individual sound, their own distinct street noise and musical styles. Soundscapes made up of everyday sounds and their echoes reflect urban architectures, local power relationships, and public expressions of cultural/religious identities. Religion in particular propagates itself through noises, sounds, and singing. Church bells and the calls of the imam mark the time and space of urban everyday life. Sound is not just one of the main mediums for the dissemination of global prayers, it is also the medium that connects the individual body and voice with urban space.

Music transmits information and propaganda. Through composition and song, community manifests itself: gospel songs become hymns of a worldwide movement against racism; in the favelas of Rio de Janeiro, outright battles between sacral and secular music shape the soundscape of the streets. Brazilian heavy metal bands and African hip-hop bands venerate their respective God with lyrics borrowed from the Bible or the Quran.

Sounds of global prayers intends to investigate the production of religious music and the significance of sound in the constitution of urban spaces in London, Lagos, Rio de Janeiro, Beirut, and Istanbul. Employing methods of ethnographic research, the researchers will map urban soundscapes and conduct interviews with interpreters, music producers, members of religious movements, and inhabitants of the project cities on the production and perception of sound. 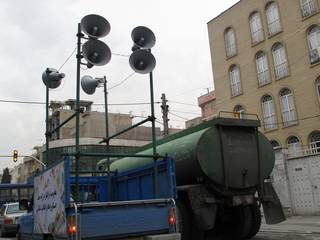