Rika Collective is working on a multimedia installation that deals with the history and presence of the Mungiki movement. In contrast to the reductionist image diffused by the Kenyan state and media, Rika Collective is developing a complexer and more detailed iconography of the Mungiki movement by creating a series of subjective reflections on the mystery of its beliefs. Working in the fields of New Media, Performance and Conceptual Art, Rika Collective seeks to reconnect the lost relationship between art and religion.

History of the Mungiki movement:

1987: Mungiki (Kikuyu for "the masses") was founded as a Kikuyu youth movement in Central Province and Rift Valley (Kenya). It started as an anti-establishment and anti-Christian militia taking on the tradition of the MauMau struggle, from which it took neo-traditionalist Kikuyu religious practices such as oaths and circumcision.

1990s: When the movement moved over to the slum-settlements of Nairobi it campaigned against drunkenness, rent hikes, drug use and prostitution. It organized informal businesses such as hawking and garbage collection and also worked as a militia providing security for its members and extorting 'taxes' from Matatu-busses and other businesses.

It was soon considered by the authorities and presented by the media as a criminal gang and was violently prosecuted. During election campaigns Mungiki was used to "support" the campaigns of certain politicians though it never had approved.

2000: Together with some other Mungiki members, Ndura Waruinge, one of the founders of the movement, sought a strategic alliance with an Islamist group in Mombasa and converted to Islam, but rather soon reconverted.

2002: Mungiki was accused of brutal killings and other atrocities and officially declared illegal.

2006: Mungiki's leaders Maina Njenga and Ndura Waruinge converted to Christianity and founded their own churches.

2007: "Operation Kosovo" – Violent crack-down by the police's special force "Kwekwe" in 2007 with about 500 alleged Mungiki members killed (according to The Kenya National Commission on Human Rights).

2011: Maina Njenga became vice chairman of the Labour Party of Kenya (LPK) and will run at the 2012 elections. 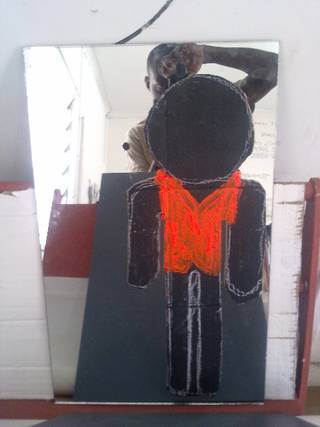