Artistic Research on the production of urban space

Our artistic research focuses on the production of urban space through emerging forms of "religious" urbanism in Lagos and Rio de Janeiro. The concept aims to find and speculate on overlaps and similarities between the "religious" urbanism of (Neo-) Pentecostalism and Islamist movements and both the effects of historic modernization and recent neoliberal globalization. Despite the huge circulation of images which show the predominantly poor and/or conflictual urban areas (barrios, slums, marginal urban areas, contested urban sites) where Pentecostalism and Islamist movements are expanding to and establishing themselves out, these images hardly give an idea of the scale and dynamics as well as the historic and recent social and urban conditions of these new forms of "religious" urbanism.

Our research is based on a twofold structure in order to question the politics of representation of the expansion of religious-based urbanism:

- Research in Urban Territories: Production of Social Space through Media, Spaces of Representation - Politics of Images. 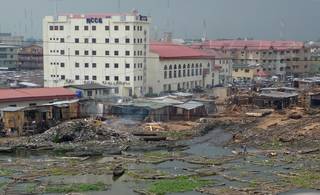 The headquarter of the Redeemed Christian Church of God in Lagos. Photo: S. Bitter/H. Weber 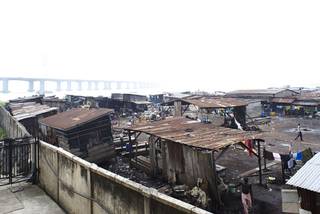 View from the balcony of the RCCG. Photo: S. Bitter/H. Weber 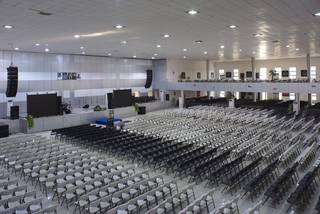