The following exemplary case studies explore these three spatial levels: The photographic-documentary research project of the artists Sabine Bitter and Helmut Weber analyzes the conversion of secular buildings, such as movie theatres or factories, into churches in Lagos and Rio de Janeiro – a practice that is particularly indicative for Pentecostal communities. These converted buildings are then contrasted with newly built churches. In their work, the artists are particularly concerned with the symbolic function of architecture for the representative politics of religious communities. In contrast, the architect Joseph Rostrum analyzes the religious, economical, and political networks that inform the building investments of various religious communities in the context of the redevelopment of the Central District of Beirut. A third spatial constellation is examined in the ethnographic research project of Ayse Cavdar on the example of the religious Gated Community complex Basaksehir in Istanbul, which was built by the Islamic municipal government as an exemplary form of housing schemes for a new religious middle class. 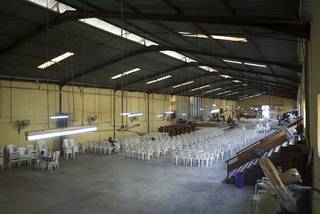 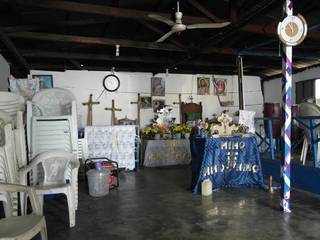