A Comparative Approach to Islamism and Pentecostalism in Rio de Janeiro

As we are observing the rise of Evangelism in Muslim regions (i.e. North Africa) we are also witnessing the advent of Islamism in Christian countries (for example in South America). Our project proposes to approach a new phenomenon: the emergence of Islam as another option in the Brazilian religious field. Islam has long been 'a religion of immigrants' here, but in the last few years, we have witnessed an increase in the number of conversions among Brazilians who have no Muslim ancestors.
Although the Muslim population remains a minority - especially when compared to Pentecostals - the spectacular increase in the number of conversions to Islam since 2001 calls for attention. Slowly but surely coming to rise in the cities, Islam offers its believers a new religious identity. In a dialectical process, the specific shape it assumes is very reminiscent of Pentecostalism. In fact, in Brazil, Islam has parallels and asymmetries with both Salafi movements and Pentecostalism. This implies the possibility of an individual spiritual practice, but also the formation of a community that is both local and global. What we seem to observe here is not so much the emergence of a new kind of Islam as the emergence of a new type of believer.

In our research, we will focus on Rio de Janeiro, where 80% of the Muslim community is comprised of non-Arab Brazilians who have converted to Islam. We will also investigate the relation between Islamism and Pentecostalism in Brazil, notably by further exploring the topic of conversion. We have chosen to diversify the field strategies employed to carry out this study, opting for multi-sited ethnography and an approach that includes participant observation, informal and semi-directive interviews, and photography.

Impressions of Islam in Brazil 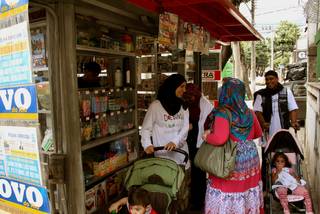 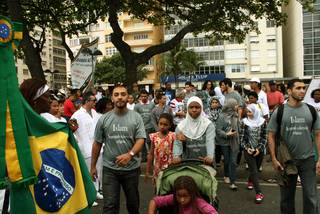 March against relgious intolerance in Rio. Photo: A. Dias 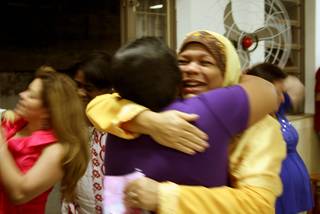