According to historical-sociological literature, Islam first arrived in Brazil in the 18th century, when slaves from Islamized regions of Western Africa were brought to the country. During the 19th century, as syncretism with Catholicism as well as other African religions occurred, those first Islamic communities started to decline, and disappeared completely by the middle of the 20th century.

At the same time that Islam of African origin vanished, a new Muslim presence arrived in Brazil, through diverse migration waves from the Middle East. Although mainly composed by Christians, they led to the creation of Muslim communities in the country. The Islamic presence increased in the 1970s, with the arrival of Muslims who had left their countries due to the Lebanese Civil War (1975-1990) and the continuous occupation of the Palestinian Territories. Although the majority of Muslims in Brazil are Arab migrants and their descendants, in the last decades a growing number of non-Arab Brazilians who converted to Islam have contributed to the formation of an Islamic community in the country. 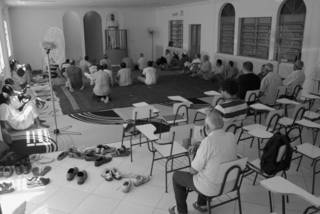 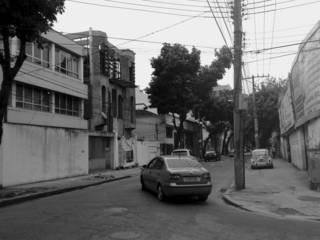 The al-Nour mosque in Rio de Janeiro. Photo: A. Dias