In the world’s metropolises, new religious movements are a highly visible part of the urban landscape. In the large cities and megacities of the world, the religious is part of life, and it finds public expression not just in the construction and reconstruction of buildings. Religious communities make their presence known and claim public space via loudspeakers, posters, t-shirts, or motorcycle convoys.

The Global Prayers Theme Days at the Haus der Kulturen der Welt presented impressions from Lagos, Rio de Janeiro, Mumbai, Istanbul, Beirut, Jakarta and Berlin and discussed the significance attached to religious promises of redemption and liberation in today’s cities. Is there a return of the religious into the city? What influence do religious communities have on the formal and informal structures of urban space? What does spirituality mean to the inhabitants of these cities, and how do the politics and economics of hope work? What forms does missionary activity take today? What role does the media play in the creation of these movements’ global networks? These questions were discussed at the Global Prayers Theme Days by an international, interdisciplinary panel of urbanists and cultural and religious theorists. Local actors – activists, academics, etc. - were talking about their cities, and artists and scientists were looking at the aesthetics, discourses and strategies of post-colonial missionary activities and present documentary imagery and video and sound installations. 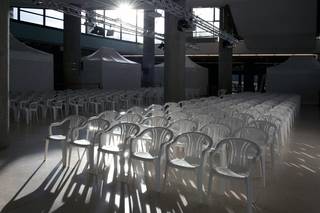 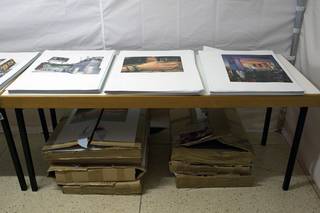