Dr. Stephan Lanz is head of project and academic director of global prayers • redemption and liberation in the city at the Viadrina. He is an Urbanist and a Lecturer in Social Geography and Cultural Studies at the Europa-Universität Viadrina Frankfurt (Oder), Germany. His main research interests are urban governance, migration and urban development, urban cultures and urban movements. In the last years, he was conducting research in Berlin, Istanbul and Rio de Janeiro. Lanz is a founding member of metroZones – Center for Urban Affairs e.V.

Recent publications: Berlin Mixed-Up: occidental-multicultural-cosmopolitan? The political construction of an Immigration City (Bielefeld 2007), of Metropoles (Hamburg 2001, with Jochen Becker) and of The city as a booty (Bonn 1999, with Klaus Ronneberger und Walther Jahn).

Editor of: City of COOP. Urban movements and substitute economies in Rio de Janeiro and Buenos Aires (Berlin 2004) and of Self Service City: Istanbul (with Orhan Esen, Berlin 2005). Editor of the metroZones series of books (with Jochen Becker, b_books Berlin) and co-curator of the ErsatzStadt (Substitute City) project at the Volksbühne theatre in Berlin (2002 - 2006) and of the exhibitions baustop.randstadt and learning from * (NGBK Berlin 1998/2003). 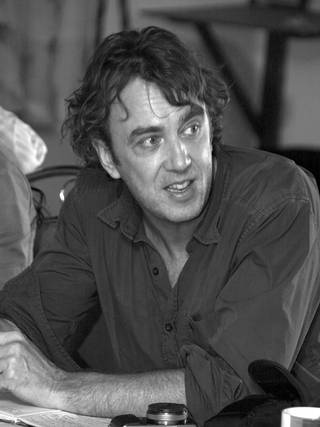